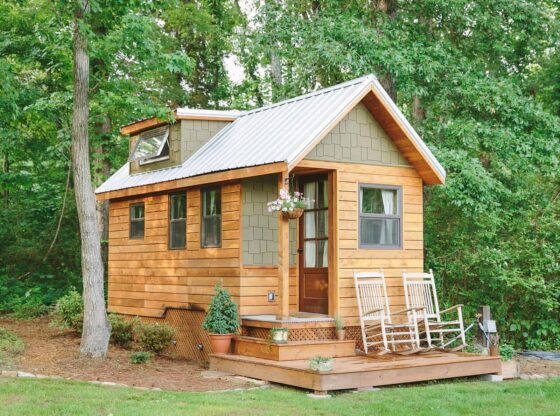 As at 2013, an average single family house was 2,598 square feet. That is according to the United States Census Bureau. All these units have a variety of accessories from air conditioning, stories, basements, forced – air furnaces, bathrooms, etcetera. Needless to say, this large living ultimately results in lots of overheads. Apart from the expenses involved in building and maintaining these superfluous units, there is also too much usage of electricity and gas. The tiny house movement solves these challenges and more.

Living small is living green. If you are living in less square feet, your energy needs will automatically go down. Over half a million air conditioning units are needed to sustain the 2,598 square units of houses. Reduce the square footage per house and the air conditioners that are needed will drastically reduce which will have a positive impact on the utility bills. Tiny houses have a smaller carbon footprint which is what we need to be vouching for if we intend to save this planet from the looming decline.

Most city dwellers are crippled by huge debts thanks to the mortgages they have on their homes. A house that would typically cost $290,000 if paid for in a single payment will eventually cost over a million if paid out using the hire purchase model that mortgages are based on. Most people spend their entire lifetime trying to clear mortgages and some even lose their houses when for one reason or another they are unable to continue with the monthly payments. The solution to this is living in tiny houses. It is cheaper and sustainable.

Even though we all naturally love more space, green living is a concept that is catching on with remarkable speed thanks to the tiny house movement. More people are subscribing to the sustainable lifestyle school of thought. That would explain why the topic is increasingly becoming popular not only on social media but also on mainstream media like CNN, Guardian, AP, NPC, etcetera.

Not everybody might find it necessary to make such a drastic change in their life in the name of sustainable living. However, any revolution that left a huge mark on earth was never led by masses. That is why the tiny house movement has a great chance of shaping the future of mankind. Tiny house communities might soon be common place across the continents of the world but especially so in the industrialized countries. Green living is what mother earth needs to keep alive.