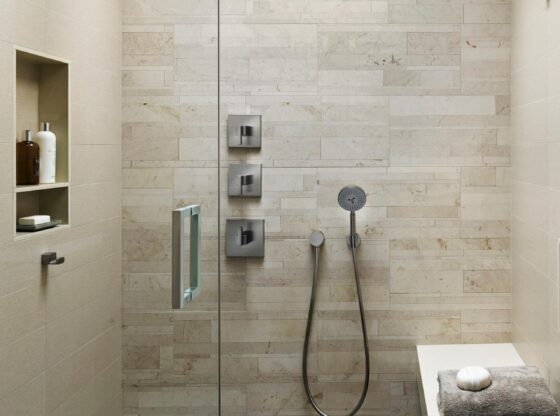 If you are thinking about changing your shower you may well have looked around a few bathroom shops and been surprised by the number of choices you have. Even choosing a shower valve can be a confusing business so here’s a guide to tell you what is what when it comes to showers.

This is the most basic type of shower. Most manual showers have a single lever control that you use to control the flow of the water and the temperature. They are very simple to use and usually are not expensive.

The great advantage of a thermostatic shower valve is that it can provide a constant, even temperature and cope with fluctuations in the flow and temperature of the hot and cold water feeds. Most thermostatic valves have extra anti-scald safety features and will cut off the flow of water if the cold water supply fails.

A recent newcomer is the shower panel or shower tower. This is a single unit that contains everything you need for a sensational shower. Specifications vary but usually include a shower valve (often thermostatic), a diverter, a fixed shower head, a hand held shower and several body jets. Shower panels are easy to install but can require quite high water pressure to work well so you may want to install a shower pump as well.

These days, shower components are standardized enough that you can pretty much pick and choose the parts you want to create the shower of your dreams. You can choose from hundreds of shower valves, diverters and stop valves, have multiple heads, ceiling mounted heads, riser rails, rigid risers or body jets to build exactly the shower you want, individual and customized to your own needs. After all, how else will you get a shower with 16 jets and a 12 inch shower heads?

Electric showers heat the water as it passes through the shower so they only need a cold water supply so you have simpler plumbing and don’t need any hot water to run them. Electric showers are particularly popular in en-suites.

So there you have it. Not quite everything you need to know about showers, but a good start!